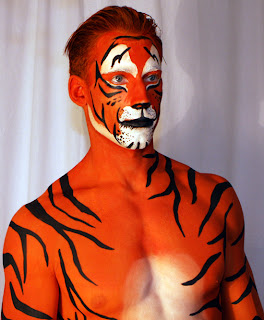 The Human Statue Bodyart creative arts agency has been extremely busy of late as Australia heads towards a sizzling hot Christmas.

This afternoon the Sydney - Australia based creative arts and entertainment agency, Human Statue Bodyart, bodypainted a tiger (model, Calum Winsor), who was a big part of today's Pharmarama entertainment.

For the record the client was Pharmarama and most of the Luna Park entertainment took place in 'Big Top Sydney'. By all accounts the crowd of hundreds certainly caught 'The Eye Of The Tiger'... or the tiger by the tail, if you prefer. Even the ringmaster mentioned him on the megaphone.

Mr Winsor was in tiger character for the duration of the ferry trip from tourism hotspots, Manly Wharf and Luna Park, Milsons Point, and photographers and guests couldn't keep their claws off him.

Fortunately the tiger's paint did not run on the journey, as the artists used special weather resistant best of breed bodypaint, which was not spoilt despite some light rain encountered.

The Pharmarama festivities continued into the evening at The Big Top, Luna Park, with a ringmaster and clowns on stilts directing hundreds of guests to all the action.

Well done to everyone involved in the success of the Pharmarama event, and we look forward to seeing Manly and Luna Park going animal again really soon. 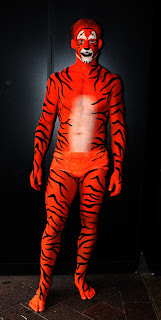 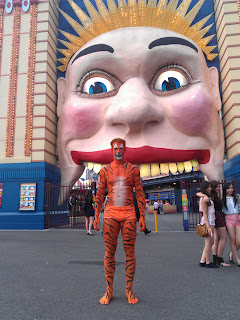 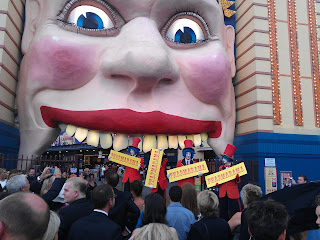 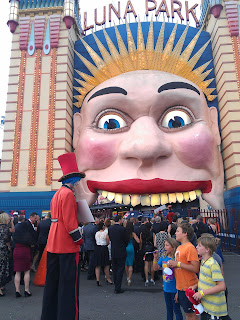 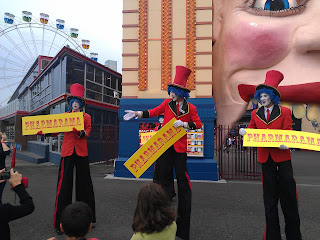 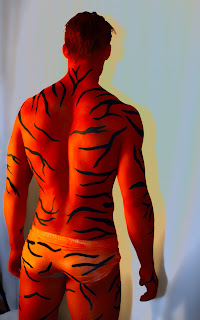