Some of the carnival capers included: a fairy floss machine (serving green fairy floss of course)

Body art is a powerful way to advertise products and services, using creativity that makes you look twice and really sends out a huge statement!

Body art can be used in many forms for events and product launches to gain media attention and create a unique and eye-catching piece of art for guests to talk about.

Body art can be used in fashion shows to accentuate designs in the form of:Please visit http://www.humanstatuebodyart.com.au/ 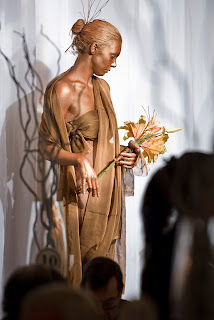 Human statues act like mannequins, often breaking the pose and interacting with the audience. Mime artists are silent performers who use their body and movements to entertain guests. This street theatre will create a great impression on your guests, entertaining and impressing. Please visit http://www.humanstatuebodyart.com.au/
Posted by Eva Rinaldi at Wednesday, June 22, 2011 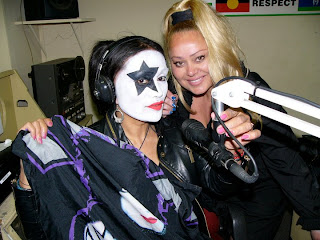 Marrickville's Skid Row Radio was the unlikely place of a most unusual recent collaboration of artists.
Well, you've likely heard of the self proclaimed 'Greatest Band In The World' KISS, and quite possibly world renown artist and bodypainter, Eva Rinaldi, but unless your a hardcore community media nut, you may not be so familiar with Skid Row Radio 88.9 FM and their treasured announcer Taaleah Jezierski ("TJ"), nestled away at the historic Marrickville Community Centre.
The appearance of 'KISS' band members at Skid Row was a long time in the making, with TJ and Australia's bodypainting goddess Rinaldi, having worked on a number of creative arts projects together over almost a decade.
It takes little imagination to see why certain media and marketing masterminds had been suggesting to Rinaldi to start painting KISS rock band members asap, one way or another. KISS are of course one of the world's most recognizable bands and this is largely thanks to their eclectic make up.  Incidentally, Rinaldi has the original band members on her make up 'Wish List', which is actually more of a 'To Do' list.
Not long after Rinaldi had started burning up the airwaves about her quest to bodypaint a number of the world's foremost social and community entrepreneurs, including KISS and even Oprah Winfrey, she learned that Australian performing artist sensation Natasha Eloise was coming into the studio. Rinaldi's eyes lit upon the announcement, as she scrambled for her make up set, seeking out the silver, white and black paint, in order to transform Eloise into Ace Frehley aka 'The Spaceman'.
Before long this writer found themselves at the mercy of Rinaldi's seasoned paintbrush, ordered to sit still in a chair and be prepared to the transformed into 'The Demon', KISS base guitar legend Gene Simmons. For reasons not totally clear at this time KISS like cowboy boots appeared out of thin air to help make the transformation more complete.
The publicity stunt type nature of the afternoons Skid Row Broadcast did not appear to freak out the 15 year old Eloise, who didn't miss a key note as she hammered out 'Get What I Want'.  Perhaps the wild men of rock 'n' roll like Simmon's might just be one of the reasons she doesn't want to reach 16.
In any event, Skid Row Radio has certainly received a shot in the arm over the past month as Rinaldi and team keep getting asked back, with rumours circulating the station's listening audience has increased a massive 10 fold since the dynamic duos 'stunts' and visual and audio delights. The excitement and buzz has been at such a level that the station is now enjoying an international audience, reaping the benefits of the FM band and new media sensation Facebook, seeing one American "Joseph Charles" (Esq III) getting carried away in the excitement and calling in via landline, raking up a $900 telephone bill in the process. Mind you, he sure sounded excited when he called and the broadcasting team joked with him that he was probably getting better value for money that those 1800 4 LURVE numbers at $4.95 per minute!
In a world where everyone is trying to stand out from the pack and achieve "cut through' factor, clearly Skid Row Radio, Eloise and Rinaldi are doing some things very right. Sure, they all have a certain amount of hype or "look at me" attributes, however what can not be denied is their outstanding creative gifts that continue to achieve worldwide recognition.
The collaboration of talents is a brilliant example of the old Australian saying (and song by Paul Kelly and Kev Carmody) 'From little things bit things grow', also said famously in the cultural exchange between former Australian prime minister Gough Whitlam and native land title holder Vincent Lingiar.
We foresee nothing but great things ahead for all of the above mentioned artists as the countdown continues to Sydney's 'prize catch' Oprah Winfrey, who Rinaldi continues to pro actively campaign to bodypaint not long after stepping foot on Australian soil this December.
It's these kind of collaborations that can help make the seemly impossible, possibly, and when one looks into the background of all of the entities involved, one can't help but to think that the odds of their ongoing individual and collective successes will do nothing but skyrocket well into the the future, as their stars continue to shine. In the meantime its a case of don't blink or change that dial or you may just miss something really big. 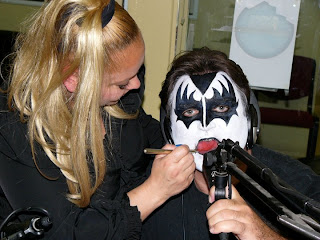 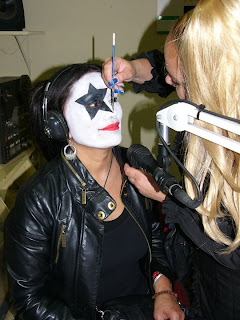 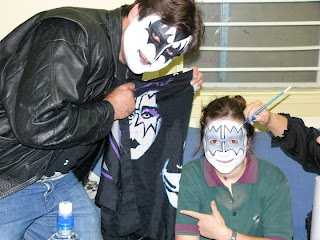 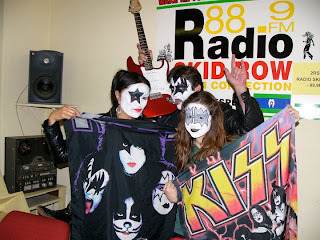 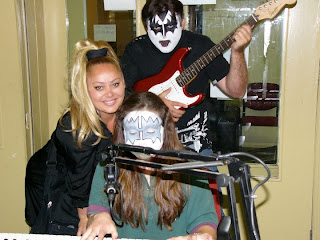 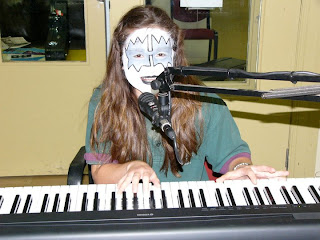 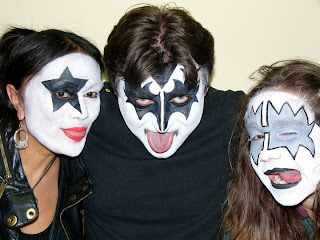 Motorists are required to drive at no more than 40 km/h through school zones.

There are a small number of non-standard school zone times in New South Wales.

These zones are identified by red/orange school zone signs which indicate non-standard times. Signs at these schools display the times which apply.